Warning: Use of undefined constant USER_ID - assumed 'USER_ID' (this will throw an Error in a future version of PHP) in /home/vhosts/skiddle.com/httpdocs/artists/artistheader.php on line 29
 MC Steppa tickets and 2020 tour dates
» Events » Events by artist » MC Steppa 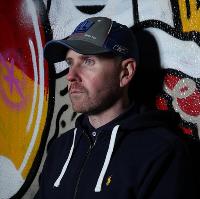 MC Steppa is probably best known for his many collaboration's with various UK Hardcore, Happy Hardcore & Drum and Bass DJ's, as well as other artists on various record labels. Notable collaborations would be with, DJ Dance, Dr. S Gachet, DJ Slipmatt, DJ Supreme, DJ Brisk, DJ Randall and DJ Hype. He is notable for distinct voice, clear vocal style and his ability to provoke a crowd reaction by sounding energetic, anticipating the 'drop' and creating atmospheric's on top of dance tracks.

Ronnie grew up in Ainsdale, Southport, England, listening to the family record collection, absorbing a variety of vocal styles and musical genres. He attributes this eclectic development of music down to his unique style that accompanies and enhances the music. When developing his own musical tastes, the early electro scene was well favoured locally. This involvement with urban street music moved Steppa gradually towards the hip hop scene and the first inkling of his desire to make music himself. Picking up a microphone, Steppa began to rap for a local hip hop band and started to develop an individual style.

Unfortunately at this time British hip hop was not developing its own individuality and Steppa decided to take his vocal talents elsewhere. The early rave scene was the ideal opportunity for MC's to develop and Steppa, being ambitious and enthusiastic about this new emerging sound, wasted no time in getting his talent out there. He was initially booked by local Rave Organisations and then his horizons were broadened. By 1993 he was being booked by all the leading rave organisations of the time namely, Raindance, Fantazia, Helter Skelter and Dreamscape to name a few.

MC Steppa has been mentioned in our news coverage

Weather for Wonderwood set to be a scorcher!

Weather set to be a scorcher for Wonderwood Festival!