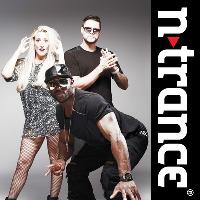 Back To The 90s Festival - Stafford

N-Trance are an eclectic British Eurohouse/techno group, formed in 1990. N-Trance have had several hit singles of which their biggest include "Set You Free", "Stayin' Alive" and "Forever". The group was founded by Dale Longworth and Kevin O'Toole in Oldham, England in 1990.

Longworth and O'Toole met at The Oldham College, both being aspiring sound engineers. They initially began producing instrumental dance music together, going through a variety of names before finally adopting N-Trance.

N-Trance has been mentioned in our news coverage

Sholan added to the impressive list of talent for Descent's debut event !

Here are the latest N-Trance mixes uploaded to Soundcloud.