A name that seems to be on everyone's lips, Vanilla Ace's multitude of releases just cannot be ignored right now, having been a keen supporter of TID over the years and a frequent chart surfer for us we thought it was high time we caught up with the man himself to talk about things in general, and most importantly his forthcoming appearance for Karma at Electric Brixton on Friday 8th May alongside Stefano Noferini and the Deeperfect records crew.

1. You?re playing at Electric Brixton on May 8th for a night called Karma ?what kind of good vibes can we expect from this one?

This is definitely one of the more tech house/techno line ups I've been on so I will be keeping in line with that and dropping a lot of my underground releases and remixes alongside some of the amazing tech house promo's I get sent every week, looking forward to playing in such a great venue.

2. There?s a lot of negativity in dance music at the moment (with the Axwell / Ingrosso comments saga of late for example) and the general gossip that a lot of the blogs perpetuate? is this going against the very core of dance music?

I would say it?s going against the core of 'house music' not dance music. House music at its core is about everyone coming together under one roof and having a good time regardless of colour, sexual orientation etc. At the end of the day Axwell/Ingrosso used to be underground themselves and make very good house music. You can't say massive underground parties like Circo Loco and Cocoon are amateur...I think he was getting at all the underground music lovers that hate on EDM and the music he's making now.

3. As a producer do you feel it?s more important these days to release music across a variety of labels or in some cases build an exclusive affiliation with one brand?

If I had stuck to one style of music I probably would of been affiliated with just a few labels, lots of people do that very well. But for me I am musically eclectic and like to make a variation of tracks, some of tech house, deep, bass, nu disco...for me I find that more fun and I don't get bored. And releasing with new labels, be it a remix or a original track will introduce you to a new audience.

4. Your production output is huge right now. how do you ensure that each track maintains a certain quality and also offers something different. You must be working around the clock right now?

A lot of the stuff that came out last year and earlier this year was music that had been sitting around for a while so it did look like I was in the studio like a mad man! Sometimes you can do a remix for a label and it will come out quickly or sometimes take ages! For example I did a great remix for 'Theme From S'Express' that still hasn't seen the light of day and that was made back in May 2013! Crazy.

5. Any exciting gigs, projects, albums or tours that we should know about?

I am headlining the Euphoria and Green Valley festivals in Brazil this May and July, can't wait for those, I am also playing the Beat Herder Festival in Manchester on July 18th. 3 weeks of June I will be in the US and Canada on tour. My next big release is 'Better Way' on Go Deeva, B Traits just gave it a Radio 1 premiere, I also have releases on Sleazy G, Bunny Tiger, Milk & Sugar, Incorrect, Erase, Tropical Heat and LouLou coming.

6. Which artists have inspired you most over the years and are there any hot new acts we should be keeping our ears open for?

I grew up on classic Masters at Work, Daft Punk, Cassius, Armand Van Helden, Grant Nelson, Joey Negro records...those are the artists that really got my attention. There is a lot of good talent around, guys like Illusionize from Brazil is making bangers, my partner is crime Chad Tyson is doing great stuff, Barber as well who I've done a few remixes with, I really like Ben Remember's stuff as well.

7. What does the Vanilla Ace studio consist of? Any secret plugins or studio weapons you employ that you wouldn?t mind sharing with the readers of Trackitdown?

The Native Instruments plugins are badass, especially Massive. Thats where a lot of the bass and synths come from. Maschine is usually a big player for drums and chopping vocals. Trilian also gets a fair bit of use for the real analogue sounding basses....I work with dharkfunkh at his studio in Birmingham (we do a lot remixes together) and he also uses a lot of hardware too like the Moog slim phatty, Novation bass station 2, Roland tr-8 and an old skool Nord rack for the more edgy sounds.

8. From an artist?s perspective, What do you like most about Trackitdown.net and do you feel we are a valuable outlet for your music?

Your site is great and it?s a good source for finding new music for my sets and radio shows. Its also very useful for sample packs and finding out the latest news.

9. Finally. what is the most rock n roll thing to have happened to you on your travels as a DJ?

It would probably have to be the one time on a US tour, I had a few 'friends' back to my hotel suite to hang out, we drank all the booze in the mini bar than made up a complaint about a sewage smell outside my room...the hotel apologised massively and didn't charge me for anything. Cheeky! One of my favourite remixes from last year that me and dharkfunkh did. When the guys at Sweat it Out asked me I hadn't seen the film 'Searching for Sugar Man' but I had read a lot about it. So I said yes to remixing it and then rented the movie on iTunes. Rodriguez (the singer whom they sampled) is a absolute class artist so was really happy how this came out the response it still gets.

This came out on my Suara EP last year and its defiantly one of my more slept on tracks that didn't get the love it deserved. Errol sent me the vocals and asked me if I could do anything with them. I was super happy how the track came out and it still sounds fresh. Errol is a great guy and has worked with some major names like Axwell.

One of my early tracks from my EP with MODA. To this day I still love it and it has that whole Daft Punk feel to it with the vocoder sample and great synths. I grew up on hip hop and I found this sample because of being a crate digger and wanting to know what the original breaks sounded like in a lot of tunes.

This is the kind of tune you drop when you want to get the dance floor jumping, Ben's a greatup and coming producer/remixer. We recently did a track together 'Music is my Life' on Mr Carter that is getting huge reactions whenever I play it. Keep an eye on him!

I remember buying this on vinyl and thinking how smooth and soulful Martin Solveig's production was. Its a shame he doesn't make music like this anymore and that he went the EDM route but I guess everyone has to evolve! But this is a great record and I love playing it out when I can.

Catch Vanilla Ace in London at ..

Here are the next 4 upcoming events At Electric Brixton, London 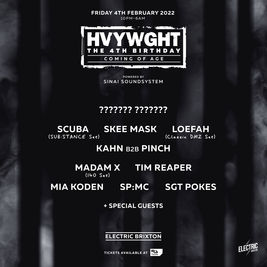 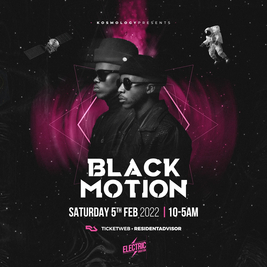 What is Kosmology? A night dedicated to House Music and art from the spiritual and cultural, an et... 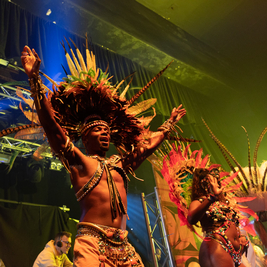 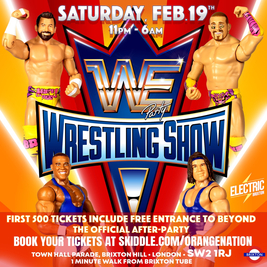 We Party is back ! With a huge new party - WE:THE WRESTLING SHOW !