Wiley, Patrick Topping and MistaJam are just some of the names added to the bill for the mammoth rave in Croatia.

Croatian music festival, Hideout, has added some massive names to its bill in yet another gargantuan line up announcement. The Godfather of grime, Wiley, is added along with one of the world's most in demand DJs, Patrick Topping, as is BBC Radio 1 tastemaker and slick selector MistaJam.

The festival had already unveiled the likes of Major Lazer Soundsystem, Stormzy, Kurupt FM, Hot Since 82 and tonnes more, while further additions to the Hideout 2017 line up include Solardo, Sonny Fodera and Tiga. The mammoth rave takes place at Zrce Beach on the Isle Of Pag between Monday 26th and Friday 30th June,  and promises an unrivalled festival experience - plan your retreat and grab tickets below.

London venue HWK relaunches as 'The Lot' opening this April

Here is the next upcoming event At Zrce Beach, Isle Of Pag 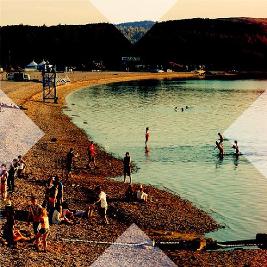 Europe's leading electronic music festival returns to the glorious Isle of Pag in June, featuring so...