Coronavirus update: View cancelled events here
» News and Features » I Know It’s Over, Still... Can We Cling To Morrissey’s Music?

I Know It’s Over, Still... Can We Cling To Morrissey’s Music?

Is it possible to continue to appreciate the music of our fallen music idols?

The most recent casualty in the growing obituary of stars with dark and distasteful tendencies is ex-Smiths frontman and sorrow siren Morrissey. Admittedly, the bigmouth has been striking again and again with reactionary right-wing statements over the past couple of years. Sometimes these are mildly disguised as artificially poetic comments, like during a 2018 interview for his website Morrissey Central, where he stated: "We are all called racist now, the word is actually meaningless.”

But, in 2019, he appeared to leave the ambiguity of his comments behind for a more clear-cut, Tommy Robinson brand of racism. The two worst examples came firstly on The Tonight Show, performing while wearing a badge emblazoned with the logo of For Britain - an extremist-fringe, right-wing group that split from UKIP after being deemed “Nazi’s and racists” by the world’s most oblivious-to-irony lover of Ol' Blighty, Nigel Farage.

Then, following a truly outstanding Glastonbury headline from Stormzy, Morrissey claimed that the British government were: “Promoting multiculturalism at the expense of white culture.” A backlash of rightful criticism has since bombarded Ol’ Mozzer, with both fans and fellow singers like Billy Bragg slating the abhorrent nature of his observations.

On this evidence alone, it may seem that all is lost. The legions of multigenerational Mozzer fans, even those most reluctant to criticise him, have started to feel the itch as their beloved, tortured leader is swallowed by the divide and conquer vacuum.

Yet, despite all the distastefulness, there's the music. Can it still be cherished? Can we separate the art from the man? Or has he buggered the whole back catalogue for us all?

The debate is more salient now than ever before. Shallowly, the standards of the masses often change depending on who is in question. Who remembers that John Lennon’s son, Julian, claimed in a 1998 interview that his dad was a “peace-and-love hypocrite”? Lennon's adultery and his own admittance, during an interview with Playboy, that he had abused his first wife Cynthia, is no secret.

Then there is, of course, Michael Jackson, and former Stones' bassist Bill Wyman, who admitting to beginning a relationship with his wife when she was just thirteen. He was in his mid-40s.

Does this mean that we must stop loving The Smiths, The Beatles, The Rolling Stones or Michael Jackson? Or indeed Ozzy Osborne, for his run in with an apparently appetising bat?

A division of interest forms between the personal and professional exploits of our most loved performers exist. Fans seem to sit equally divided on the issue and are left to scratch their heads, double-glancing at their vinyl collections. If you happen to be the kind of person who simply cannot disregard such immoral behaviour, that’s perfectly reasonable. Nonetheless, there is another way to approach this dilemma. 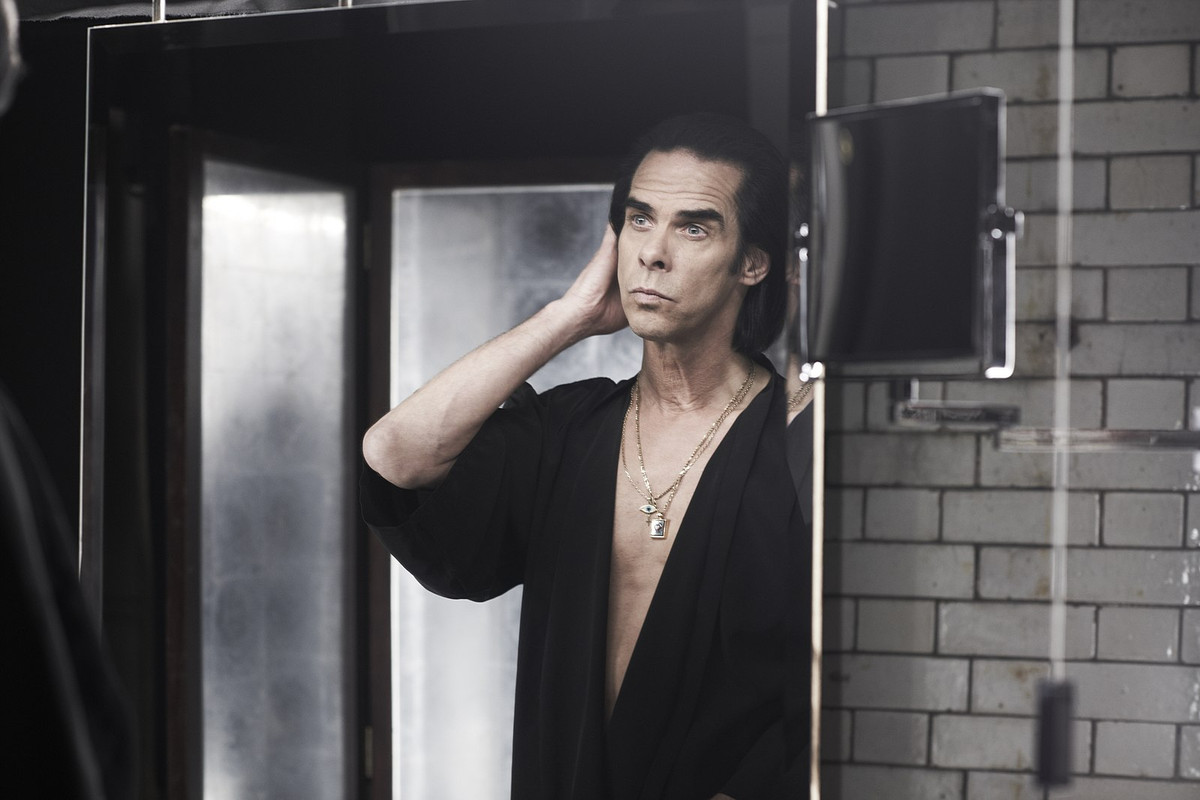 Although he may not believe in an interventionist God, the songbird of the damned, Nick Cave (pictured above), took on a similar role himself last month. Writing on his blog, 'The Red Hand Files', Cave responded to a fan’s letter asking for his opinion of Morrissey’s recent actions. Cave stated that:

“Personally, when I write a song and release it to the public, I feel it stops being my song. It has been offered up to my audience and they, if they care to, take possession of that song and become its custodian. The integrity of the song now rests not with the artist, but with the listener.”

Continuing from that point, he stressed that whilst Morrissey’s views should be challenged wherever possible, he has written songs that have changed countless peoples lives, songs that will “outlast his offending political views.”

Here, we have perhaps the best articulated defence for separating the artist from the individual.

How many songs have you listened to which you felt were speaking directly to you? How many have uplifted, or even saved you? Morrissey, like those names above and many more, have transformed the lives of hundreds of thousands of people. When they release music into the world it becomes ours, for each of us to apply our own message and meaning. This is the reason that music, at its core, is beautiful, and the reason that you need not fret if a hero becomes a villain.

Songs like 'Meat is Murder', 'Heaven Knows I’m Miserable Now' and 'How Soon is Now?' are so poignant and intricately crafted, that to condemn them to the abyss would remove great meaning from huge, transformational moments in our lives. Of course, it's in everyone's best interests if he does begin to see the error of his ways. This is not impossible, even for stubborn ol' Mozzer. We are all capable of self-analysis and redemption. But until then, his music is a light that needn't go out.

For The Record: Porridge Radio, "our first album is on eBay for £100"

Nick Cave and the Bad Seeds